In this free world every living organism having equal rights to every resource available in the world, but unfortunately we humans feel that we are the dominant creatures.

Likewise, some men think they are dominant over women, but the truth woman is way more powerful than men thinks. 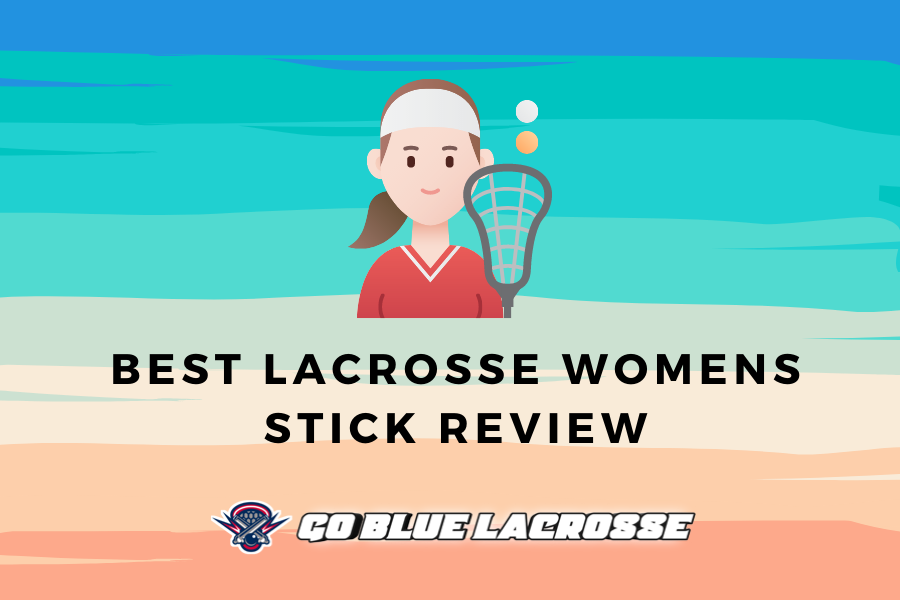 That’s how the game of Lacrosse which was played only by men for some years only until women’s started to play the game from 1890.

But legally the first women’s lacrosse game was started to play from the year 1941, so until the 1930s both men and women play the game of lacrosse under the same rules but after the formation of Women’s Lacrosse Association they have set out certain new rules for Women’s Lacrosse.

Usually, when taking into the consideration of safety gears of women’s lacrosse, they need less protective equipment compared to mens.

Unlike in men’s game like the size of stick varies based on the fielder position, here the shaft size is the same for all fielders except goalie who have some longer shaft.

Plus the head of women’s shaft are a bit has shallower sidewall and less diameter compared to the men’s sticks.

And the strings of the shaft are netted tightly in comparison to men’s stick.

Selecting your Sticks based on the Position

Usually, there are only four positions being available in the game namely

Attacking fielders are the one who needs to run faster and outsmart the opponent defenders and put a goal, so in order to do that effectively, you need a best lightweight stick for it. Because lightweight sticks give you more control with the ball and allow you to score more efficiently.

Plus also select your stick with a maximum offset from shaft to scoop which will provide you with more control with the ball.

The job of midfielders is more or less similar to the attackmen, they are the one who creates out goal scoring opportunities for the attackers.

So look out for a stick with V-shaped Head which provides you more speed, passing and flex.

We all know the job of defenders in the game, so defenders should have a stick with slightly heavier than attacking and midfield players.

In order to have more control while carrying the ball choose the head having low flex points and also choose the stick having high stiffness.

Things to remember while stick selection

First thing you need to look for is a rounded scoop on the head so that is both consistent on grass and surface.

The next thing you need to consider is pocket and little offset, your pocket needs to be a little bit higher on the stick in order to have a quick release and also a little bit wider.

When it comes to the material, it is highly of your choice, so if you are kind of beginner we suggest you for aluminium which is slightly heavier than metal shafts.

But when you move on for the next level you might consider metal shafts which gives you better shafts at less weight.

You can consider the flexibility of the stick based on your position, so its only two options a stiff stick or a rigid stick. If you are kind of defender you need a stiff stick for making better checks.

So if you are an attacker or midfielder go for a Flexible rigid Stick.

So in order to make this selection process simple for you, we have divided the sticks based on the position which will allow you to select your sticks with much comfort.

When it comes to the attack sticks STX is way ahead than other manufacturers in this particular segment and that’s why we have chosen STX Crux 600 Stick and STX Crux 500. 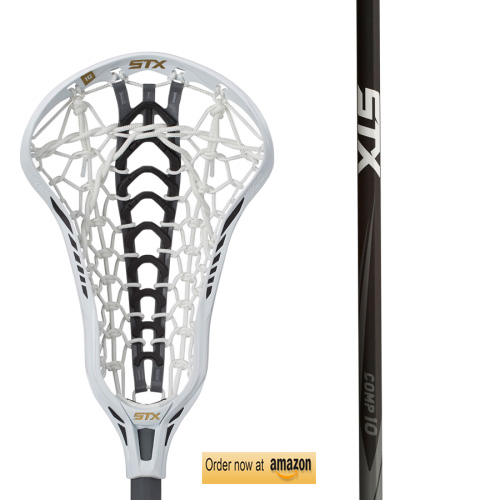 You might know that when years go on, the technology also makes it way up, and this one STX Crux 600 is a fine example of technology advancement and this is the upgraded version of STX Crux 500.

If you are ready to spend some money on the product, trust me you are not going to change your stick for a long time.

STX have itself said that they have made this stick better of their best sticks.

Drop Rail – In order to drive the ball to the sweet spot for maximum control STX have used out Minimized Sidewall Design and hold which will give you a wider range of motion when you throw.

With this lowest legal sidewall, you can able to drive the ball even higher to your sweet spot for more control and also you can get a quicker and faster release from any angle.

Speed Scoop – The Sting Protection has been maximized out in this stick and the ground ball has also been improved to provide you a faster scoop with less drag.

Using of this speed scoop your stick will hide the top string to reduce drag when going for a ground ball, but also reduces drag for faster pick up so that you’ll get overall better performance on ground balls.

Launch II Pocket – So in order to make you hold the stick for a long time without much ball movement on your head, they have enhanced durability and targeted flex points at the sweet spot for maximum hold.

The Launch II Pocket features strategically targeted flex points for better ball hold and a redesigned tie-off system for easy pocket adjustability during games which will give you even better control, accuracy and durability.

10-degree technology – To provide out a quicker release on passing and shooting Precision-crafted 10° heads and lightweight 10° handles are used which creates a perfectly balanced stick.

So that The 10-degree offset drives the ball to the sweet spot for a faster release when passing and shooting.

Precision Flex – In order to maintain precision on feeds a snap has been added which allows for maximum velocity on shots so that you’ll get an improved control and better ball feel.

Price – It comes at a price range of above 200$, the price may seem a bit high, but believe us and buy it, you’ll definitely feel how good the stick once you get it on your hands.

We have selected out this stick especially for attackers because it satisfies all the factors that an advanced attacking stick should have, even lots of league level players are using this shaft makes it a special choice to buy.

10 Degree Technology – So buy using this technology the strength of the stick is increased by distributing the stress evenly across the bottom rail.

Patented Elastmer Overmold – By using this the battle rattle has been completely reduced so that you’ll be getting better ball control while carrying out the ball.

Minimal Sidewall height– The sidewall of the stick has been minimized for the deep pocket which provides you better ball holding and the better Flexible Scoop gives you better control with the ground balls.

Plus in order to give a closer grip on the ball the chevron on the head is also flexed out too.

Do check out our review on Lacrosse helmets

Epoch Purpose Composite Lacrosse Stick is the first choice that comes to our mind in the section for middies and STX Exult 300 is for those who want the stick at a low price, If you are looking for easier way then try Complete lacrosse sticks 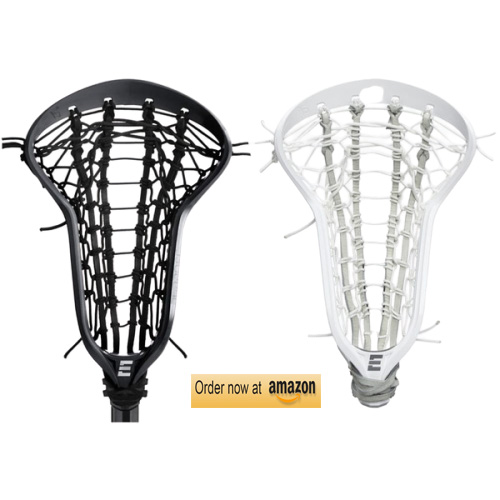 If there is one stick which can compete with STX in this segment and it is none other than Epoch’s all-new Purpose Series Sticks which were designed especially for middies. This is a stick which has been engineered for the new generation of Elite Athletes.

Better Stiffness – As far the stiffness is considered it doesn’t have too much flex but it’s not too sturdy and as far as the scooping the 15-degree tilt will definitely help you with better ground balls since it has a pretty rounded shape so the ball will actually funnel clean into the pocket.

Factory Tied Up Pocket – So all the sticks available with a factory tied-up pocket for elite level control and feel, engineered and strung in the USA.

Price – So this stick also in the same price range as STX Crux 600 but it is also a product worth spending.

Find out an best rebounder to increase your skill 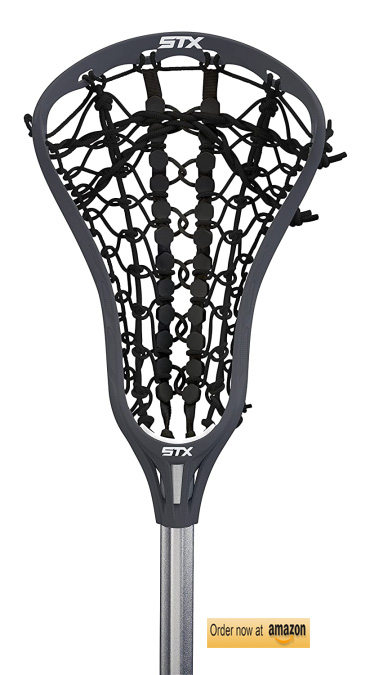 Extreme Scoop Angle – Accuracy is one of the key factor for midfielders, so this stick has been made out with extreme scoop angle while will improve the players passing accuracy also provides you with more power while passing the ball.

Stiff Sidewalls – The sidewalls of the stick are very much stiff so there will be no issues of stiffness and control with the stick.

Selecting Best Sticks for Defenders is not an easy task to do, we have tested around 10 best defence sticks in the market personally and finally picked out STX Lacrosse Women’s Fortress 600 Stick, this one turns out to be the best among all the sticks we have tested because of the rare specification you could not able to find out in other sticks. 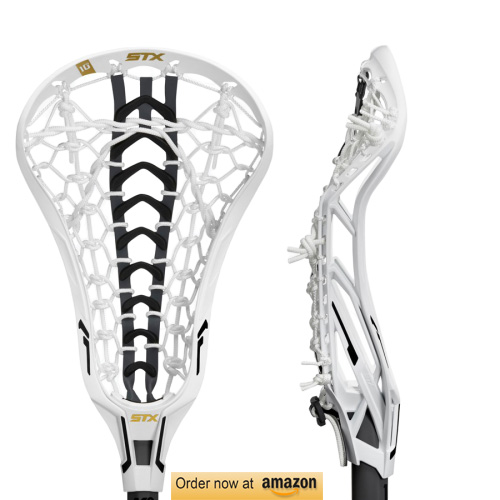 The Fortress 600 is designed in such a way which provides unparalleled power and tenacity to the elite defender.

Top to Bottom Technology – This technology provides the defenders with the power to protect their area and dominate the game.

Launch Pocket II – This is the same pocket used in STX Crux 600 too which provides targeted flux points for a better ball hold and will give you even better control, accuracy and durability.

It also comes with a redesigned Tie-off system, so you can easily adjust your pockets now.

Unique Grip Technology – This technology is used at the bottom of the handles for better positioning and stability.

10 Degree Technology – The 10° head and 10° stick will drive the ball to the sweet spot for a faster release on passing and shooting.

Price – It comes at a price range of above 150$ and the price varies on the colours you choose. 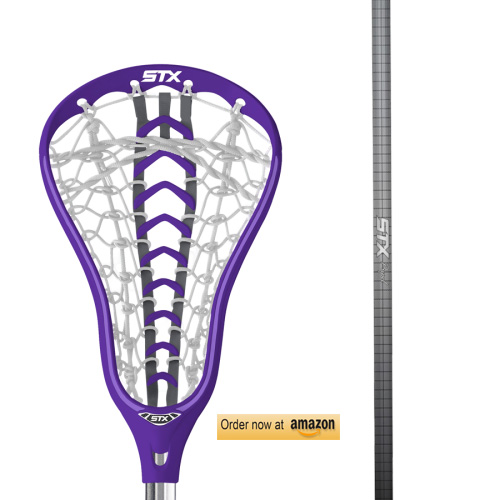 This Stick is a previous version of Exult 600 and with a low affordable price, this stick is also a better option to go for if you are beginner or intermediate.

C-Channel Technology – So by using this technology the strength of the stick is increased by distributing the stress evenly across the bottom rail.

Better Stiff Design – Keeping the defensive players in Mind the stick is built with better stiffness so that you’ll be having a stick that faces any kind of hard checks.

Rubberish Finish – In order to provide better grip in any kind of weather conditions they have used rubber grip to the stick.

Flexible Scoop and Raised Ball Stop – Raised ball stop will make you sure that you can carry the ball without much droppage on the field, and the flexible scoop gives your better ground ball passes.

Picking out sticks for the beginners is the easiest task in this section because for beginners we usually advise them to look out for a complete stick with some best features available at a cheap price.

So our personal choice for Beginners is 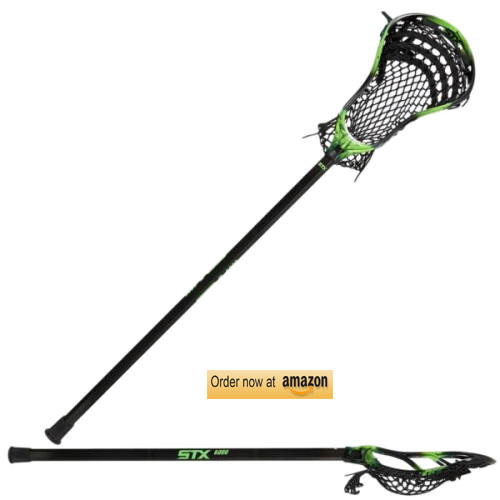 Proper Basic Stick – This stick is made and designed in a way to help the player learn basic fundamentals in the best way.

Comes in attractive colours- The stick is being available in four different colours and variations too.

So finally after long research of testing more than 30 products manually, we have given you the best products and now it’s time for you to choose the one which will be the best one for you.