Home » HOW TO PERFORM GOOD DEFENSIVE CHECKS IN LACROSSE 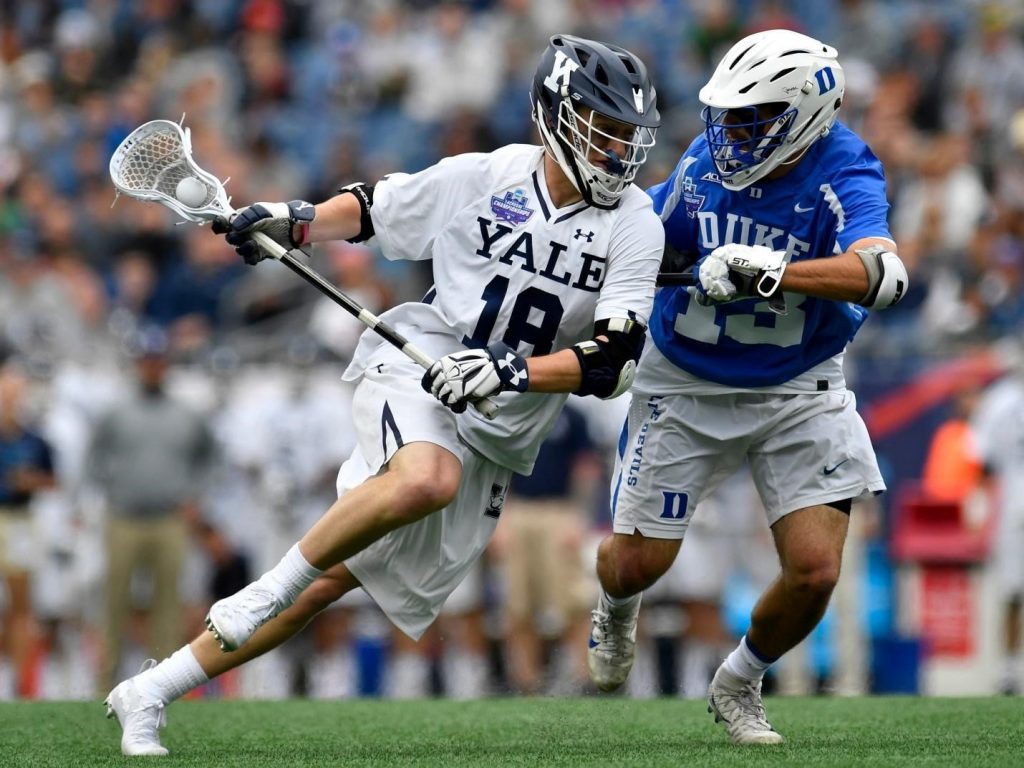 The lacrosse defensive tactic is robust and a pact where technical prowess is needed to ensure a winning for the defending team. However, defense is a team game and the stronger a lacrosse team defense operates as a unit the less the team will need to rely on the goalie making hero save after hero save.

Moreover, understanding team defense is also going to help aid in goalie communication and general team defense communication as each player will always know what each defender should be doing in every moment of the game. But there are many lacrosse checks that the player might find useful when playing defense. Remember that body checks are almost always more effective than stick checks.

More so, the abrupt ending of the 2020 lacrosse season and no one can actually guess when the 2021 season will begin. But there’s been plenty of movement in the offseason.

While it’s probably a greater challenge to forecast the upcoming season than in most years, according to  Sportsbookreview.com, the Whipsnakes are at 3/1 to win the 2021 Major League Lacrosse season which is due to their additions and their offseason play which have been very daunting. 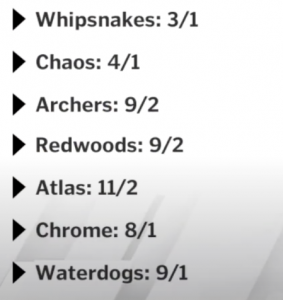 There are top level lacrosse players out there who aren’t the biggest, strongest, or even the fastest athletes, and yet they still make their way onto the field. In fact, sometimes they even stand out as a team’s best player. From this simple fact, we know that overall lacrosse defending ability is not solely decided by one’s physical stature.

But in the high-scoring game of lacrosse, defense often makes the difference. The most successful teams and players have a strong foundation in the fundamentals of lacrosse stick checks. Below are the defensive checks that will help you play at your best at any level in the game of high-spirited Lacrosse.

The most basic lacrosse check for a long-stick defender is the poke check. To execute a poke, the player simply needs to hold the stick in a basic two-handed grip and use their bottom hand to push the stick through the top hand and out of the body, like a pool cue. This check can annoy and hopefully disrupt your opponent without making you lose body position. If you use one check, use the poke.

The poke check is most typically thrown when you initially play the attacker, as they are coming toward the defender. It can also be effective when thrown in the middle of a split dodge to disrupt the attacker as they make their move. To maximize the effectiveness of this check, the defender needs to make sure that they maintain their proper positioning.

Although, the poke check is one of the most basic checks in lacrosse and it can be extremely effective. But, every defender should know how to do a poke check as one of the foundational lacrosse defensive moves. 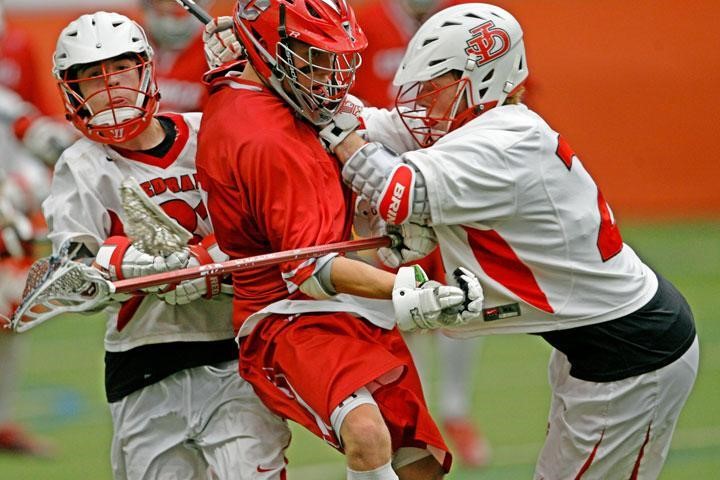 Just what it sounds like. Put your stick under their bottom hand and lift. This is a good check to interfere with passes and shots. Basically, this defensive check is an act of ensuring that the defender loses their balance and ball where the defender keeps lifting until it gets to the point where the ball or the attacker.

With the lift defending, the key is identifying the ball ending and trying those gloves on the hand, while constantly lifting and returning as the positioning is on par with the attacker until the defender forces the attacker out of position or enforcing the loss ball.

Although, the aim of this defensive check is for a defender to force escape by going to a one-handed cradle. But the player should quickly lift their stick under their arm and try to strike the “V” where their hand joins together with the stick. This can “be-twig” an opponent.

The slap check is a great check for the Lacrosse defenders to understand and as a rigorous expanded approach is a shortcoming to this advanced defensive check. While the defender hit the attack man with the head of their stick, using a slashing motion. But the player must be careful! Because this is a check that is most likely to get the defender called for slashing, and it makes them lose body position.

However, when mastered, the slap check is a very defensive addition to any team that wants to exert their dominance in a game.

When your attack man is cradling with his back to you, hold your stick in a two handed grip, and wrap the stick around him while using your bottom hand to throw the end of the stick under your arm.

The wrap check is a dangerous approach because it’s a one hand maneuver and the defender does not have the complete control of his stick. However, it can be effective if the attacker has worked his way into a good shooting position close to the goal. Moreover, this check is more effective when the opposite hand faces each other.

Use the wrap, but throw it over their head, instead. Be careful not to hit their helmet, as a head check is a penalty and will make your defense man-down.

The over the head check is a very dangerous check technique which requires more attention and cautions. If the defender doesn’t knock out the ball from the opponent’s stick, he is in a vulnerable position and will probably be dodging. Although, there are many over the head techniques, the simplicity will certainly keep the defender at advantage.

The ding dong technique is a defensive exposing way, but the mastering of these techniques is an adventurous state that can quickly transition the defensive shape to the attacking prowess when the defensive is quite structured.

This technique starts by faking the overhead check and when the attacker tries to roll under the defender, he brings his stick down backwards on attack man stick or forearms. 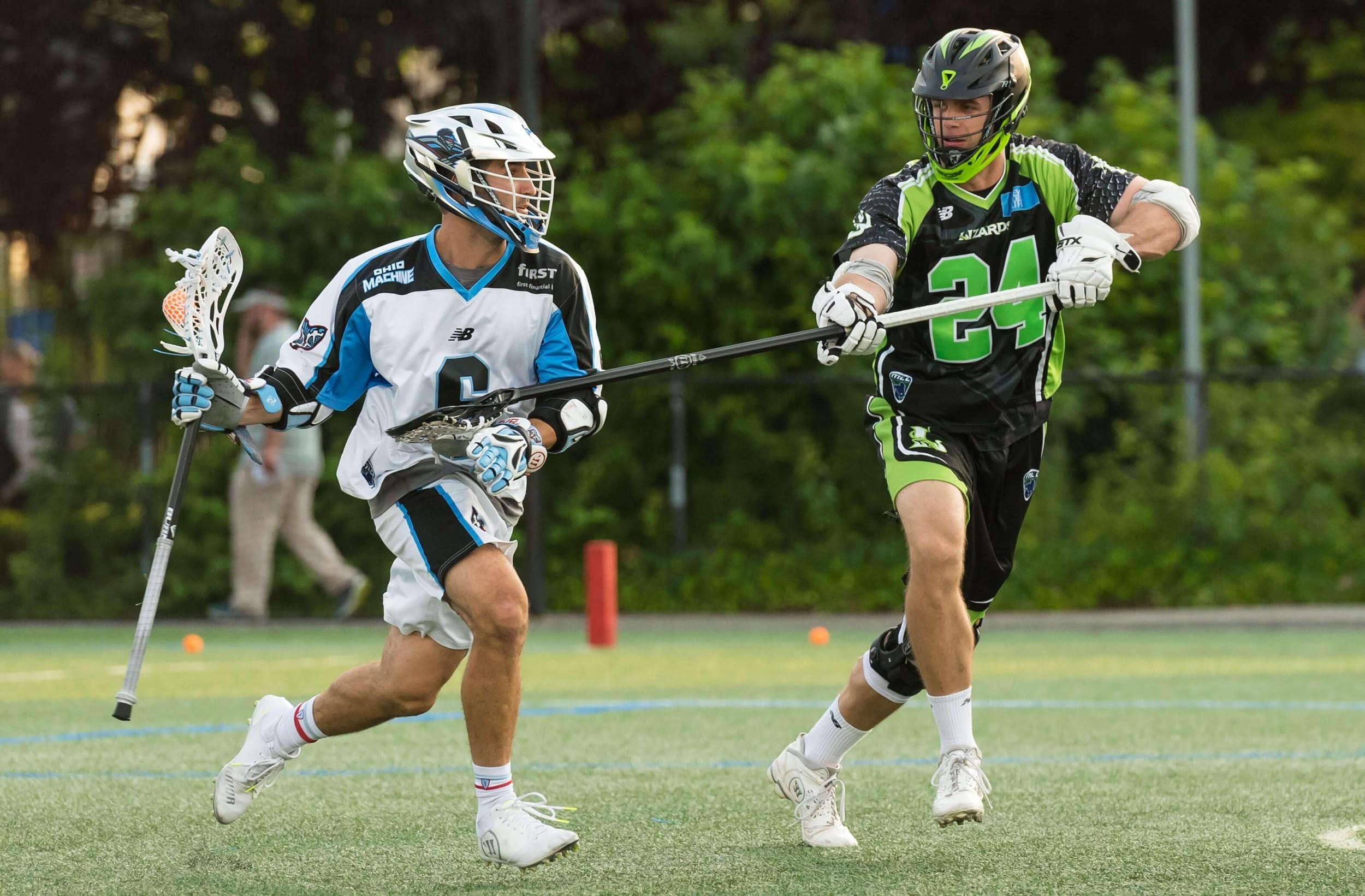 Tick tock can be so vague when they are not properly and cautiously managed by the defender and can further put the team in jeopardy, because a singular mistake from the defender will expose the team’s defensive structure and an act of commission will be penalized.

This is a technique that involves a fast attitude from the defender where he chokes up on his stick and hack at his opponent’s stick with the end of his shaft. This technique can swiftly turn the defense to attack when properly mastered with a coordinate defensive unit.